http://www.deansafe.com/ The AMSEC ESL-10XL Electronic Digital Safe Lock is installed on many Amsec Gun Safes because of its high security, quick access, and user-friendly features. AMSEC ESL-10 XL . For PDF instructions on how to open, change the combination & the batteries on this and other electronic digital safe locks, go to http://www.deansafe.com/inforopandch.html

We get a lot of calls on this, it’s really easy. Let me show you to open the safe, you hit clear (C) and I have the existing combination as one, two, three, four, five, six, hit the pound/hash (#) and you’re in the safe.

Let me show you how easy it is to change the Combination. The first thing you’ve got to do with all electronic locks is open up the door and throw the bolts out. That way even if you screw it up, you don’t really screw it up. The first thing we do with the keypad is we hit the “C” (clear) and then the “#” (pound/hash), we put in our existing combination which I have preset to one, two, three, four, five, six, and we hit the “#” (pound/hash) again.

Now let me show you how to change the batteries. This particular lock, you turn it to the left about twenty degrees and it comes right off, and you have two nine volt batteries. It only likes alkaline batteries, you just unsnap the
batteries, put them in, and just put the unit right back on where it was. It’s just that easy. Now, Even when the batteries are dead the existing combination is frozen in there and will last for years and years and years so don’t worry about that if you go away for a year and then come back and your batteries are dead. Get two brand-new alkaline batteries and slam them in here and you’re going to be just fine.

So you’ve got a high-security lock you’re the only person in the whole world that knows how to do it’s By the way when I put the wrong code in, one of the reasons these locks are so good – if you put the wrong code in four times in a row, you get a lock out penalty. So it just takes forever to try and manipulate
these electronic locks. Dial lock not much of a problem, these electronic locks are way ahead of them, that’s why these are considered a high-security
lock.

Anyway, the ESL10 by American Security Products. Watch the video again if you didn’t pick up the first time
http://www.youtube.com/watch?v=C8GkrHqm9Ys
http://www.deansafe.com/ 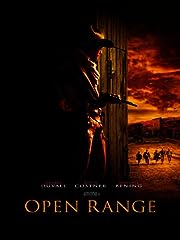 (3446)
(as of September 19, 2020 - More infoProduct prices and availability are accurate as of the date/time indicated and are subject to change. Any price and availability information displayed on [relevant Amazon Site(s), as applicable] at the time of purchase will apply to the purchase of this product.) 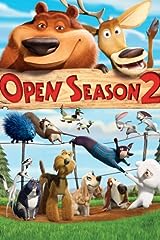 (574)
(as of September 19, 2020 - More infoProduct prices and availability are accurate as of the date/time indicated and are subject to change. Any price and availability information displayed on [relevant Amazon Site(s), as applicable] at the time of purchase will apply to the purchase of this product.) 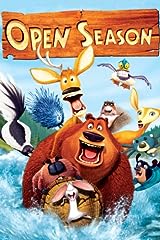 (925)
(as of September 19, 2020 - More infoProduct prices and availability are accurate as of the date/time indicated and are subject to change. Any price and availability information displayed on [relevant Amazon Site(s), as applicable] at the time of purchase will apply to the purchase of this product.) 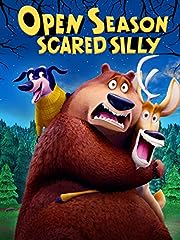 (341)
(as of September 19, 2020 - More infoProduct prices and availability are accurate as of the date/time indicated and are subject to change. Any price and availability information displayed on [relevant Amazon Site(s), as applicable] at the time of purchase will apply to the purchase of this product.)

what happens if i forgot my combination when the door is locked. i read something about you can restore it to facrtory settings if you forgot the combination, but have not read how to

If there is an EMP attack, I assume the electronics fail on this and you would not have access to your guns when you need them most.

@dboytim Get your Serial number and call the factory 800-421-6142 they should be able to help you.
thanks for watching
John

I doubt I could ever trust a keypad that just twists off, allowing access to the electrical workings.

Quite honestly, this thing’s a peice of shit

I’m in the market for a safe and the AMSEC BF6030 is at the top of my list. You mentioned in an earlier comment that this lock is a U.L. tested “Grade 1” Electronic Lock. I couldn’t find anywhere on the AMSEC website or catalog saying it is U.L. listed. How does this lock compare to the other optional locks offered by AMSEC (e.g. LaGard Basic II, S&G 6120)?

Calling it pound is like you saying “£” to an English person. lol

ok so now someone decides to turn the dial to remove the electronic keypad and since it is connected by wires he then rips it off the door, so now what happens?

Please tell me the memory is stored inside the safe door or there’s some kind of hardwired sync between the electronics inside and outside. Otherwise it would be conceivable to just remove the keypad from your own safe and use it on someone else’s wouldn’t it?

If someone screw it off, how you gonna get in

Ain’t that high of security it you can pull the keypad apart like that.

@dboytim
If it’s a Browning safe, you’ll need a LEO or Locksmith to verify the serial number, write it THEIR letterhead and fax it to browning on THEIR fax machine (fax number verified with letterhead). Takes minimum 24 hours to get new code. That’s per Browning Safe Co. website.

I replaced the batteries because the only keys on the pad that were working were the C and 6. The batteries are new and the keypad still won’t work. I can’t open my safe. A little help, please.

Another question, if one was to get into the wiring for the keypad, and fry the internals by assaulting them with high voltage, I would assume the safe would be rendered unusable and the manufacturer or a professional safe cracker would have to be called to get at whatever was inside?

What would cause my AMSEC safe not to lock after opening?

WAIT! is the code store on the lock where you change batteries,
or inside the safe?!

What does he keep saying pound for? Its the hash key.

Mine has now failed for the second time in 1 year. New batteries,still doesn’t work. $ 500 each time Very Sad!

What happens if you forget or lose you combination what then. I mean if the door is open

@DeanSafe
If someone were to damage the key pad and I needed to get to the stuff inside how would I do that if no lock smith or dealer is available? Torch? Drill? If the world were to go to (POOP) and for some reason I had no 9v to replace my dead one, am I just SOL?

How about if somebody open the batt compartment and cut the ribbon how can you open that one.

On U.L. rated locks like this the codes are stored on the inside, only the keypad and batteries are on the outside.
Thanks,
John

The key pad is just that, and a battery holder, the lock is on the inside of the safe and is still locked.
Thanks for watching,
John

What happens if you cut the wires to the keypad, then use the batteries to jumpstart the locking mechanism in order to open the safe? Will that work?

Can changing the combination be done the same way on the ESL 5?

Not sure if serious… If someone gains access to the safe to plant this theoretical recording device then why wouldn’t they just steal the contents then, why would they need to get the code and then come back?